I remember having a ‘friends reunited’ account and thinking myself so tech savvy, and then I created a ‘my space’ page and  believed I had my finger on the pulse of modern technology. How wrong I was!

Social media changes so often it’s hard to stay ahead of the game.

Friends reunited was a lovely way to catch up with old school friends and workmates, sharing photographs and messaging each other occasionally. It’s gone now!

My space allowed you to be more creative and actively encouraged you to share music and things of interest to your followers… it also liked you to seek out new people to follow and to create  bigger online communities. Its still around  but not very active.

And then came Facebook! Can you remember the original version? It was a simple, easy to use platform, not too much fancy stuff and, initially not many ads ….. oh how it’s changed. With the development over the last 17 years it is now unrecognisable and a very complex platform to deal with. There are so many variables, from personal pages to business, creator and manager functions, shops, thousands of ads,  algorithmic links that flood your pages with useless information and dodgy selling sites, and that’s just the tip of an ever increasingly difficult aspects to how it operates.

Add to that the link to instagram and the challenges that brings and it’s enough to put anyone off using both of them. Even more so when the boss of Insta announces that the platform is no longer a photo sharing app (eek) because it needs to compete with Snapchat and TikTok.

Then take into consideration Stories and Reels and how the dumbing down of posts continues unabashed. We are getting sucked into a world where everyone thinks they are a singer, a dancer, a magician, a comedian and a film maker. Of course, as mentioned in previous blog posts, some people do all of this stuff very well, whereas others genuinely struggle with it. It’s not helped by the fact that, like Facebook, there are so many variables; some accounts have access to all the filters and applications to create crazy videos, some don’t, likewise the swipe up facility for insta stories is only there for account with giant followings. It’s all a bit mixed up and some of the basic elements of both FB and Insta need addressing so that everyone has a chance to use the platforms as they so please (within guidelines that obviously stop unwanted stuff being shared).

And then there’s the logistical nightmare of adding a shop to your accounts, sometimes FB performs effortlessly and then when you add an Instagram link suddenly it goes pear shaped, especially the algorithms that block products because some of the wording doesn’t suit??

Twitter trundles along, making changes that don’t have too much impact on the performance or usage of the platform, thank goodness!! I enjoy the simplicity of tweeting, using a couple of relevant ## and sending the message out to get lost in amongst the millions of other tweets being posted at the same time!

Tik Tok and Stories and Reels are ever increasingly frustrating and I for one don’t enjoy the repetitive nature of some of the posts and the proliferation in the use of foul language and overtly sexual posts that seem to be missed by the algorithm hunters. And yet it seems I am being forced to go down that route as it seems video is becoming more and more important to the social media genre en masse, interestingly though, the effort to add music seems to be wasted on some platforms.

On that note, followers will be aware I do post occasional ‘fun’ snapchat posts!

When I source music, pay for it via iTunes or some other platform and add it to a post, invariably it gets blocked because of copyright reasons, but if 85% of all videos on FB are watched silently, it seems like a waste of time.

And then there’s the dreaded # We are encouraged to use ##### as a means of helping posts get better engagement, but then, when you see a post that might be suitable to re-share, if that post has more than 30 # it has to be edited. Why anyone would choose to use 30 or more # is beyond me anyways, a maximin of 6 should suffice  at the most, 2 or 3 that are bespoke to your business and others that are relevant to the image being shared.

Where social media platforms will go in the future is anyones guess, but the billions they generate from the ads that are ever increasing will be interesting to watch, and as a social media manager, it’s important that I stay on top of the changes.

Of course, there are lots of additional channels, You Tube being a prime example. I don’t have an account and have no intention of creating one, It just adds additional work to an already heavy load. Likewise Clubhouse, it came along in a. flurry of excitement, but doesn’t cut the mustard for me, I’d rather see someone I was talking to via my mbl or laptop.

But progress is what progress is and it isn’t going to stop so I will keep learning and understanding the changes, that’s what I have just booked to go on a social media training course to get to grips with the future of each platform; after all we have to keep on top of the way these platforms operate.

And yet, I still believe that a strong image, a couple of good ## and minimal text can’t be beaten in an age where our concentration has been reduced down to less than that of a goldfish! My advice to you, keep doing what you do with your platforms, enjoy the experience and don’t get too stressed out about posting funny videos that only last for 24 hours. Focus more on building your permanent feeds that followers and potential new clients can look at and learn from. 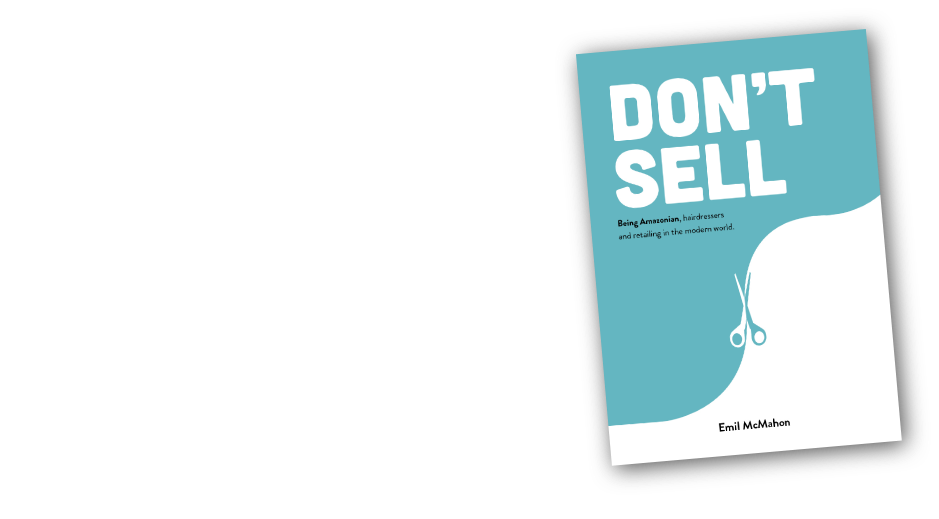